You have met or talked to someone, but later did you find out that the person was related to you? Or, maybe you have attended a relative’s wedding, but you didn’t greet the few people who attended because you didn’t know them, when in fact, many of them had blood ties with you?
Some of you have had this experience once. It could be because you have never met, so you are hesitant to say hello, or maybe family ties that far away make you not know them. To find out how blood ties or family relationships with people around us, we can trace it by making a kind of genealogy.

Now, in this era of all-sophisticated, you no longer need to make a family tree in the traditional way as in ancient royal times: write it down on paper or palm leaves. You can ask for help from several services that are now available on the Internet. One of the services to help track your family’s blood ties is Geni (http://www.geni.com).

This service site is quite interesting. Because the site has features to trace anyone who has blood relations by making a “family tree.” The appearance of this family tree can be widened to anywhere, either up, down, or to the left and right sides like a tree whose branches can expand anywhere.

Uniquely, we can also invite other people who apparently have a relationship to join the family tree account that we have. Invitations can be sent via electronic mail or through Facebook because Geni has been equipped with Facebook connect. Geni will tell the person that he is part of the family of the “invitation” sender.

One Geni user, Antyo Rentjoko, acknowledged that this foreign service site is quite good. “Moreover, this is a free service,” he said. Some similar services require users to pay. According to the senior blogger, by having a family tree or family tree, at least he could introduce his two daughters to anyone who has a family relationship.

“In addition, this family tree is good because it traces the bloodline (blood-path link),” he said. Antyo also better understood how to deal with other family members. “Even though in my daily life, I am not a person who likes family gathering.” According to Antyo, this site would be better if every family member who had joined was also actively updating the news to other family members.

Initially, he was just for fun. Later, he became interested. Because, for a number of tribes in Indonesia who follow the surname, it might be easier to trace blood ties. “But this is interesting for tribes who do not know the names of clans, such as Javanese,” Antyo said.

In addition to creating a family tree and inviting other family members to join, users can upload photos or videos to be included in a family member’s profile or to complete a photo collection album of activities held with the family. Geni also has a menu to schedule an agenda of activities to be carried out so that each family member remembers it.

On the site that has traced the family relationships of around 13 million people around the world, each member can have their own pedigree. However, it also provides the option to “merge” with other people’s pedigree. 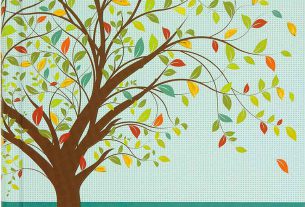